Sirsa is a city of devotion, vivid colours and rich traditions. The villagers are very customary, and observe several religious and auspicious days in the year. The languages spoken in Sirsa are Hindi, Saraiki language, Punjabi and Urdu .  Bagri , a local dialect, is also popularly used. The majority of people in Sirsa follow Hinduism, although Sikhism, Islam, Jainism and Christianity are also practiced by many.

Sirsa’s culture is rich and vibrant, with traditional celebrations of age old festivals. The inhabitants continue to observe the last day of the dark fortnight of the lunar month, Amavasya, and the day marking the end of the lunar month with a full moon, or Puranmashi.
Some of the most popular festivals celebrated in Sirsa are Hindu festivals such as Teej, Janamashtmi, Raksha Bandhan, Gugga Naumi, Diwali, Dussehra, Vasant Panchami, Sankrant, Shivratri, Holi, Gangaur and Ram Naomi. Of these, Teej and Gangaur are the most important for the local villagers. The festivals of Sikhs, Jains, Muslims and Christians are also celebrated with equal aplomb here. 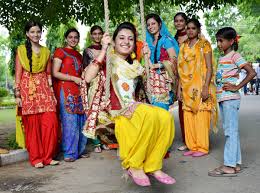 Teej occurs annually in the months of July or August, and is considered to be the onset of celebrations which continue until the festival of Gangaur. The festival of Kartik Snan is very popular amidst young women, occurring in the month of October or November ever year. This festival is in honour of Lord Krishna, who is believed to have told the Gopis that he would meet them in the month of Kartik. Govardhan Pooja is another festive day associated with Lord Krishna.
Sankrant occurs between January and February, followed by the auspicious day of Holi. The day after Holi is celebrated as Phag, and is an opportune day to continue Holi celebrations amidst water and colours. The fabled Gangaur festivities commence a fortnight after Holi.

Fairs and Melas in Sirsa 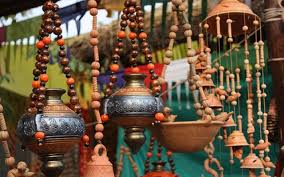 Haryana is well known for its annual melas and fairs, and Sirsa District offers a wide array of them. Although these fairs were born of religion, they have evolved over time to a more commercial standard. With the participation of thousands of people, traders and merchants seize these opportunities to sell their goods and make a living.
A fair in honour of the Gangaur festival is held in the town of Sirsa every year. Another, the Mela Sacha Sauda, is organized on the last Sunday of each month, and is celebrated in honour of a late Fakir named Shah Mastana. 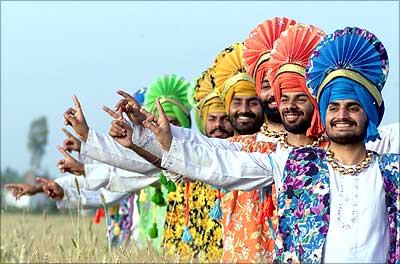 On the auspicious Sikh festival of Baisakhi, a Baisakhi Fair is held in memory of the unbridled joy amongst peasants and general masses.

Comments / Discussion Board - Culture of Sirsa